Previous Next
Which American City Is the Perfect Match for Your Personality? 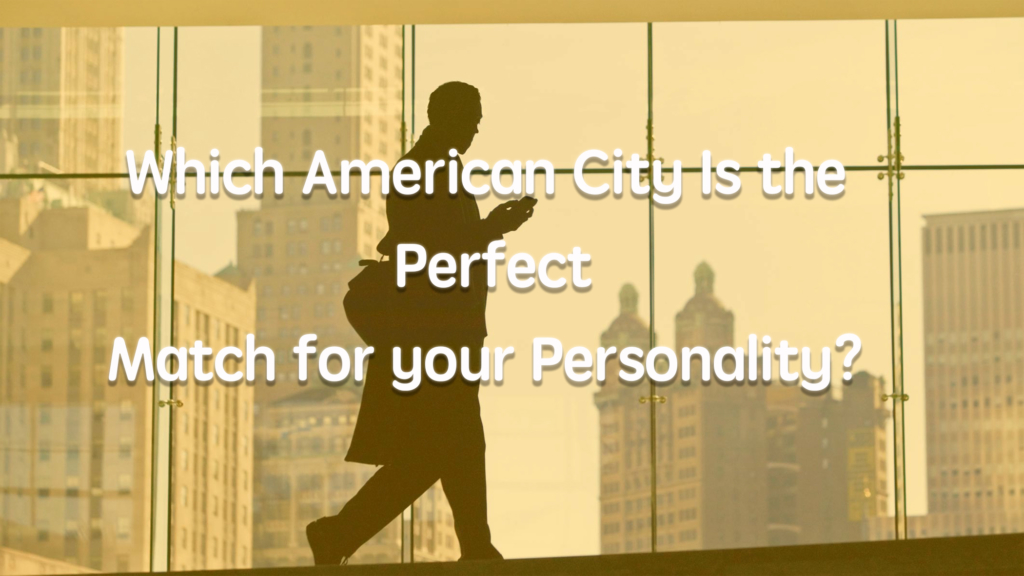 This is the most common personality type in the American population (13.8%), according to Myers-Briggs. And yeah, it makes sense: Loyal and compassionate caretakers are the backbone of any community. The friendly Texas city of San Antonio is a fine match since these folks value harmony and cooperation above all else. San Antonio scores high on Gallup’s Well Being Index, at 63.3—an indicator that its people are thriving, optimistic, and collectively productive. Protectors are motivated to look out for others, and people in San Antonio donate an unusually high 3.1% of their income to charity, according to the Chronicle of Philanthropy. Gigs? There are plenty of opportunities here for such personality-appropriate careers as dentists, elementary school teachers, librarians, and customer service representatives.

Providers are people-oriented helpers, sensitive to the needs of others and dedicated to their responsibilities. They’re people-people! Voted the second-friendliest city by Travel and Leisure, Salt Lake City also speaks to Providers’ distinctive character with its high volunteering rate of 37.5%, according to the Corporation for National and Community Service. These social butterfly personality types will also dig the more than 600 art and entertainment establishments in the area. And in the workaday world, there are plenty of jobs to suit Providers, including sales representative, nurse, social worker, PR account executive, or loan officer.

Call them obsessive-compulsive, but Inspectors’ orderly and detail-oriented personality can make them helpful partners, and they thrive in fields that require meticulous attention. Inspectors concern themselves with maintaining order and making sure that standards are met. It may be a surprise that the home of Walt Disney World is a good fit. A 2012 study published in Forbes named Orlando one of the most organized U.S. cities, based on factors such as tax filing timeliness, junk mail cancellation rate, and recycling rate. Yes, this central Florida city has lately been touched by tragedy, but Orlando’s essential spirit lives on stronger than ever. Inspectors are likely to find employment that suits them as auditors, accountants, web development engineers, or government employees.

Composers are gentle and sensitive introverts who crave having their own space and being close to nature. A University of Virginia study showed that introspective souls prefer their solitude most in the mountains. And it just so happens that our pick, Boise, is set against the beautiful Rocky Mountains. Besides dozens of introvert-friendly places such as meditation centers and yoga studios, Boise’s idyllic location also offers Composers opportunities for solo hiking and biking in the ranges and kayaking in Boise River. For a quieter afternoon, finding a peaceful park in which to chill out is pretty darn simple, as there are more than 4,000 acres of parkland in Boise. Oh, and you want a job, too? Composer types working as physical therapists, massage therapists, landscape architects, and even fashion designers can find ample employment in this Midwestern stronghold. .

Supervisors are active organizers and efficient executives—the types who are eager to take charge. They often direct those talents toward the business world—and for every 1,000 jobs created in New York City, there are 1.5 chief executives. This is a lot of chief executives. (It’s no wonder people are so, um, assertive in this town.) For those more focused on doing good than making good money, there are also 20,682 nonprofit organizations in NYC listed on GuidStar.org, including Teach for America and TED. Supervisors, who despise laziness more than anything, can easily fit into fast-moving NYC, where a typical worker spends 39.2 hours in the office every week—0.8 hours more than the national average. Supervisors can also pursue careers here as insurance sales agents, pharmacists, lawyers, and judges.

Performers are (surprise!) spontaneous entertainers and lovers of life who attempt to charm and engage those around them. Other cities might be more obvious choices—sorry, L.A.!—but the Texas city is, after all, the (self-appointed) Live Music Capital of the World, with myriad live music venues as well as the buskers’ paradise of Sixth Street. Whether they’re onstage or in the crowd, Performers in Austin can enjoy being in the center of the action. Austin has more than 800 nightlife establishments, according to Yelp, and three festivals, including well-known SXSW and Austin City Limits, that made it into the Gear Patrol Magazine’s list of America’s best festivals, which bring thousands of fresh bands and experiences to town every year. When they’re not living it up, Performers in Austin have a good chance of making a fine living—not just as actors and singers, but also as child welfare counselors, primary care physicians, interior designers, or environmental scientists.

Champions are imaginative and enthusiastic creators who enjoy working with others to make things happen. In an ideal world, the city that’s closest to the hearts of these types is San Francisco. But in the real world, San Francisco’s median home price of $859,000 isn’t affordable for most Champions (or most anybody, for that matter). Fear not, we found a (relatively) under-the-radar city that fits the bill with a much cheaper price tag. St. Louis doesn’t get enough credit for its creativity, which ranges from the kooky to the ingenious, judging from local projects on Kickstarter (where St. Louis has more than 1,200 creative projects). They include Not-a-Cat Cat hugging pillow, an app to draw your own video game, and a wine dispenser that learns your palate. St. Louis’ diverse culture is also perfect for Champions, who enjoy connecting with different types of people. The city also has more than 150 event venues and 15 social clubs, according to Yelp, and good career opportunities for journalists, advertising creative directors, and event planners.

Craftsmen (and craftswomen!) are problem-solvers who see the world through analytical eyes. They are fascinated (obsessed, even) by cause and effect and what makes things work, and they’re eager to apply practical solutions to the problems at hand. Not surprisingly, they tend to be attracted to the sciences. The Chicago area is home to a slew of renowned research universities such as the University of Chicago and Northwestern University. For Craftsmen who want to nerd out in science centers, there are four: the Museum of Science and Industry, the Field Museum of Natural History, Adler Planetarium, and the International Museum of Surgical Science (not recommended for first dates). Professionally, these types have good prospects here as civil engineers, economists, pilots, computer network architects, and emergency room physicians.

Is Buying a “Fixer Upper” as My First Home a Good Idea?