Previous Next
How The Mehlville School Tax Hike Will Help Homeowners 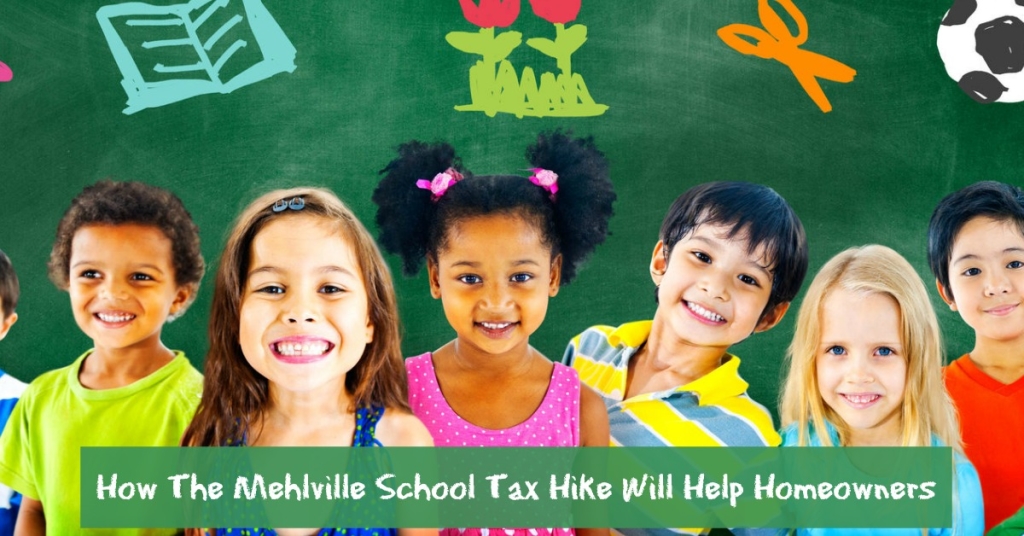 November 3 was a happy day for the schools and homeowners of Mehlville. It marked the first time in 29 years that a rate-hike request was approved in Mehlville, the fourth time such a measure has appeared on the ballot. This approval will pump a stream of money into the struggling school district, which has been cutting budgets and teachers for years to accommodate a smaller and smaller budget.

For comparisons sake, Kirkwood spends $11,960 per student, compared to Mehlville’s rate of $8,575 per student.

There are many theories as to why it took this long for such an item to pass, from the increasing age of residents in the district who no longer have children in the schools to the number of parents who send their children to parochial schools.

But a big factor that many people don’t necessarily equate to struggling schools is the value of their most precious investment, their home.

As the schools in Mehlville were struggling, so to were the house prices. According to HouseHunt.com, the average three bedroom home two years ago sold for $229,000 versus $222,000 today. Since a peak in the summer of 2013, home prices had fallen precipitously to the low $200’s before a slight rebound this summer.

All related to the struggling school district? Well, that would be a bold declaration to make, as several factors go into the price of a home, from location to amenities.

However, take a look at the nearby Lindbergh School District, which has been on the top lists of best school districts in the country. According to Trulia.com, the average listing price of a home in the 63126 zip code is $7,000 higher than the average home in St. Louis as of the end of October.

Some say this is a coincidence or a “chicken and egg” argument on whether home prices influence the quality of the school district or vice versa. A Realtor.com survey showed that people were highly cognizant of what school district they wanted to live in, even sacrificing certain amenities to get in that district. The survey showed that one out of five buyers would give up a bedroom or a garage for a better school.

The survey also showed that one out of five people would pay six to ten percent above their budget to get in the right school district. One out of ten would even double their budget to send their kids to these schools.

So while these surveys and numbers are certainly not definitive, the next time you consider why your house isn’t valued at what you thought it was, take a long, hard look at your school district. The residents of Mehlville certainly did.