Previous Next
9 Things That Surprised Me About Moving To St. Louis 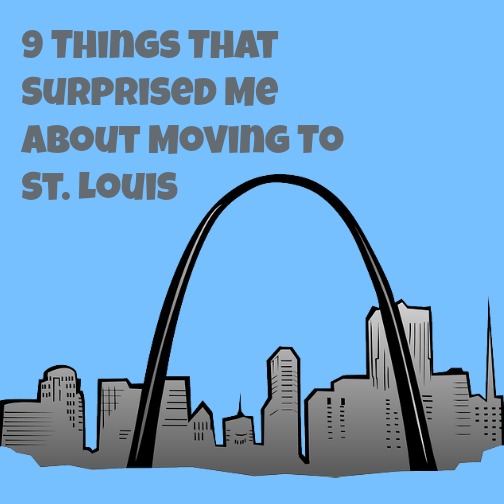 My name is Jonathan Shilts and I’ve lived on the East Coast my whole life. This March I moved to Saint Louis to work as an Assistant Project Manager and attend graduate school. The transition has been fun… But Saint Louis has taken some getting used to. I decided to chronicle what stands out to me and share my thoughts on what’s different.

I expected Missouri to be more flat than postcards I’ve received from distant relatives. Imagine my surprise when I move to South County and see huge, steep, rolling hills. I was almost in shock, especially considering my only reference for the Midwest had been the movie Twister.

2) There are Angled Parking Spaces

I can remember only one parking lot in Baltimore with angled parking spaces. Saint Louis has been a different story. My first trip to my local Shop N Save was a disaster of navigating one way lanes that left me in despair and confusion. I’ve become better, but am still getting used to these odd parking lots.

Before deciding on Saint Louis I was planning on attending graduate school in Washington DC. The cheapest rent I could find was $650 a month for one bedroom. Not a one bedroom apartment, but just one bedroom in a house. When I decided to move to Saint Louis, I discovered that housing is much, much less expensive than the Easy Coast, and I’ve loved every minute of it.

4) Saint Louis has a Ton of Restaurants

Maryland has some awesome restaurants. Week-by-week I enjoyed having my choice of cuisine – from family owned hole-in-the-wall joints to international franchises. To my surprise and delight, Saint Louis has been able to match Baltimore’s restaurants at every turn. Whether it’s historical hang-outs or brand new establishments, there is delicious food everywhere I’ve gone.

It seems like no matter where I go, I am no more than 5 minutes from a park. I rarely visited parks before coming to Saint Louis. They were distant. A trip needed more time and preparation than I had. Now I love just being able to hop in the car, drive to a nearby park, and spend a half hour enjoying nature.

I will never get used to this. Who is Saint Louis Bread Co., and why are they using Panera Bread’s logo?! Before visiting Saint Louis, I had no idea Panera, err, Bread Co. started in Saint Louis. Panera was one of my favorite places in Maryland, so it’s awesome to come to the city of its origin.

7) The Arch is Almost Unnoticed

Do you all know there is a giant arch downtown? I know the novelty must wear off eventually, but it is still fun to see a national landmark every day.

8) The Mississippi River Lives Up to the Hype

The Mississippi River. It’s the river of songs and legends. In Maryland, I had heard about this river time and again from movies, TV, books, and songs. While it may seem mundane to most people, the Mississippi has a huge place in history. I have often enjoyed going to the river’s edge and watching it slowly roll along.

9) It is Impossible to be Bored

I was overwhelmed with possible activities when I first moved here. The parks, zoo, sports, music, libraries, festivals, art, and museums (many of which are free) have kept me very busy since March. Saint Louis has so many fun things to do, I have not had a boring day since moving here.

I am still slowly adjusting to life in the Midwest. All-in-all, this has been a great experience so far. Saint Louis is a great city with a lot to offer. I have not regretted my decision to move here, and look forward to continuing my adventure. 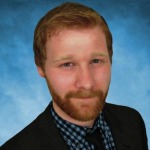 Jonathan became an Assistant Project manager for STL Real Estate in March, 2015. He moved from Maryland to Missouri to start a new career, attend graduate school, and enjoy life with his wife and golden retriever.